OPPO today held a presentation event in China in which it has brought to light three terminals that had already been previously leaked. The two most powerful are the OPPO Reno7 Pro and the OPPO Reno7 while the most modest, the title of the “smallest of the family”, is the OPPO Reno7 SE 5G, although we are still talking about a powerful phone.

The manufacturer chooses to equip its SE phone (the equivalent of the Lite in other ranges and brands) with 5G connectivity on both SIM cards in addition to bringing us a powerful mid-range mobile with a great design. And yes, losing characteristics with respect to its older brothers but equally competitive. Let’s see what it has for us.

The Dimensity 900 at the controls of a 5G mid-range

OPPO’s new Reno7 SE 5G reaches the Chinese market with the Dimensity 900 per brain, which automatically places the mobile in the world of 5G phones but also places a 33W fast charge to its 4,500 mAh battery. The processor is supported by two options of RAM and internal storage, both without microSD: 8GB / 128GB for the most basic model and 8GB / 256GB for the top model.

The screen is a 6.43-inch AMOLED with a 20: 9 ratio, FullHD + resolution and protected with Gorilla Glass 5. It has a 90Hz refreshment and the touch panel refreshes to 180Hz, although we can reduce it to 120Hz if we wish. The maximum brightness is 600 nits, by the way, and the device’s fingerprint reader is hidden under the panel. 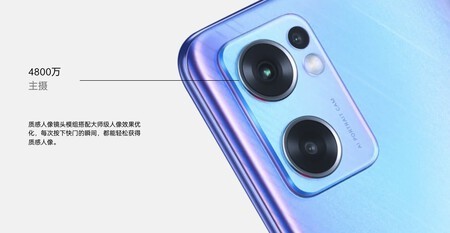 We close with connectivity emphasizing that the phone has two SIMs with 5G plus WiFi 6, Bluetooth 5.2, GPS and a USB Type-C port for charging and file transfer. The new model has dimensions of 160.2 x 73.2 x 7.45 millimeters and a weight of 171 grams.

Versions and prices of the OPPO Reno7 SE 5G 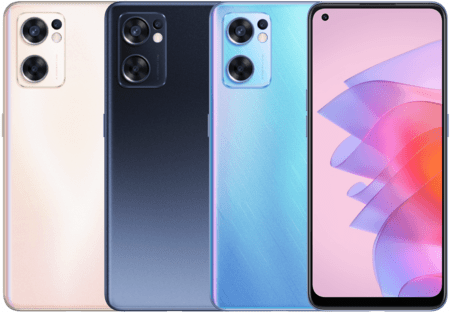 The new phone sets foot in China and then leaves for the international market, and it does so in the two versions of RAM and internal storage that we have previously discussed: 8GB / 128GB and 8GB / 256GB. The prices for the eastern country are as follows

The Google Pixel 6a would carry the same Tensor processor as the Pixel 6, but with a lower main camera