OPPO has just announced the umpteenth member of its Reno 5 series, the new OPPO Reno 5 Z, a 5G mobile with Dimensity 800U and quite similar to other terminals recently launched by the brand, such as the OPPO A74 5G or the OPPO F19 Pro +.

The OPPO Reno 5 Z is a slim terminal -if we do not have the camera module- with four cameras, 6.43-inch AMOLED screen and 4,310 mAh battery that supports 30W fast charging. Let’s see what it offers us.

Quad chamber and Dimensity 800U

OPPO has opted again for the Dimensity 800U de MediaTek to bring the latest in connectivity to your OPPO Reno 5 Z. This new member of the group of cheap 5G mobiles comes with a single version with 8 GB of RAM and 128 GB of storage.

In the photographic field, OPPO reuses the formula that it has been repeating almost non-stop since last year: a 48 megapixel main sensor, an 8 megapixel wide angle and two additional sensors of 2 megapixels each, one macro and the other monochrome. 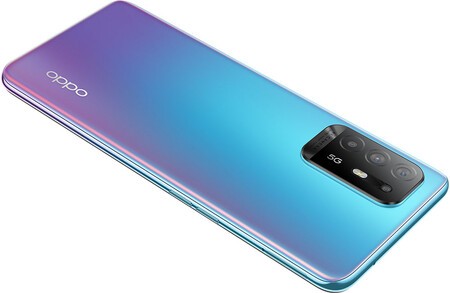 In front, the self-portraits are made by the 16 megapixel front camera sensor, which is integrated into a perforation in the screen in its upper left corner. Also on the screen, but under its surface, we have the fingerprint reader.

As usual today, on the front of the OPPO Reno 5 Z all the prominence is for the screen, which covers a good part of the front with the exception of the chin. It is a panel 6.43-inch AMOLED and Full HD + resolution which, while maintaining the usual 60 Hz refresh rate, increases the speed of touch response to up to 180 Hz.

Launched with Android 11 with ColorOS 11.1 on top, the OPPO Reno 5 Z mounts a battery with a capacity of 4,310 mAh capable of supporting 30W fast charge. The terminal maintains the minijack, is relatively thin (7.8 mm) and has NFC connectivity.

Versions and prices of the OPPO Reno 5 Z 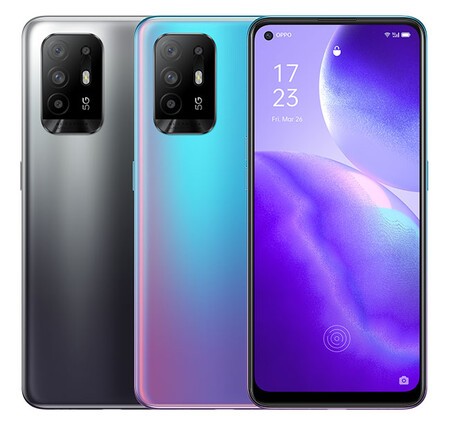 The OPPO Reno 5 Z has been announced in Singapore with a single version with 8 GB of RAM and 128 GB of storage and in the colors black and blue. Its official price is 529 Singapore dollars, which is 332 euros to change. At the moment it is unknown if it will be sold in other regions.