Except for a last minute surprise, Android 11 will officially bring screen recording to all devices. Since the first preview, this feature has been available, which has not stopped improving with each new version, and Android 11 Beta 2 receives an important novelty.

As leaked last March, Android 11 screen recording already allows record audio from device in its latest beta. Until now it only allowed to record the audio from the microphone. 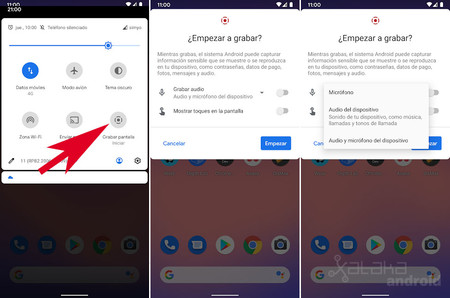 With this novelty, if we want to record a video we will no longer have to be silent so that its audio is also recorded. Also, the quality will be the same as in the original video as there is no background noise.

The native screen recording is expected to officially reach everyone with Android 11. In Android Q they added the screen recording but that function disappeared with its official launch of Android 10. Thus we will no longer have to resort to third-party application if the layer of Personalization of our device does not support this feature.