One of the best Android apps to watch TV has received a notable update for improve channel search and also playback: DTT Channels 2.0 has a new viewing system for legal DTT broadcasts, fast channel startup, the interface has been improved and the weight of the application has also been optimized.

Perhaps a mobile phone is not the most comfortable to watch TV since there is no better way to reproduce the channels than a television, but this capacity cannot be ignored since there will always be occasions when you want to see a program anywhere. So what are the available options? In Android few apps offer the performance and quality of DTT Channels: this compiler of free channels is as functional as it is complete. And it is updated very frequently, as has happened recently.

With DTT Channels watching TV on mobile is super easy 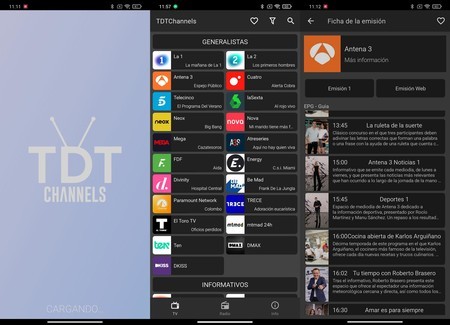 It is not the first time that we highlight this app, the development of Marc Vila for Android is one of those almost essential applications on any mobile phone with this system, especially for those who do not want to miss any direct DTT. The app offers the main general channels, has the regional broadcasts and even a multitude of local television channels, TDT Channels is very complete. And we must not forget the radios, which also have the majority of Spanish stations.

If we talk specifically about the recently released version 2.0 of TDT Channels, we find a complete review of the viewing system for guarantee the compatibility of the emissions with the player of the app, which has also been improved. This guarantees that broadcasts will always be available to reproduce the desired DTT channel: quickly, stable, with the best quality and using legal ‘streams’ at all times. 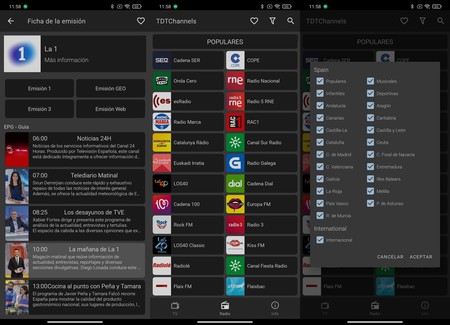 The design of the application has been optimized aesthetically, also in terms of functionality. Now you can start any broadcast just by pressing and holding its icon on the grid: the first available ‘stream’ will be played directly. In addition, the channels now have a loading screen, the EPG is displayed without problems (it is very practical to know the programming of the channel), the playback on Android TV has been improved and DTT Channels has significantly reduced its weight: from the 5.8 MB of the previous version to the 3.5 of the current 2.0.

To install DTT Channels on your Android you must download the APK from the application’s website. Install the file and you will have access to a multitude of free television channels from your phone.

Watching TV on mobile is even easier: DTT Channels is updated to version 2.0 with notable improvements