In March 2019, the Google Pixel in the United States exclusively released the application Lookout, an accessibility tool aimed at blind or visually impaired people who, after more than a year of waiting, reach more countries. 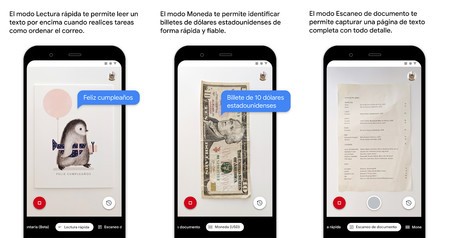 Lookout is an accessibility tool that uses the artificial vision to recognize the objects and texts that are focused by the camera of our mobile, saying by voice what it has identified. The application will thus try to help the more than 253 million people with total, partial or significant blindness.

The main novelty is that now Lookout is no longer exclusive to the United States Pixels nor is it limited to English. Now it reaches any device with Android 6.0 or higher from all over the world, offering the application now in English, Spanish, French, Italian and German.

Lookout also offers the new mode Food label to identify food products and the new mode Document scan for the application to read the full text, which are added to the modes To explore to recognize objects, the Fast reading to read small texts or the mode Coin that currently only recognize dollars in bills.