If you are not convinced by the official YouTube application for Android, you will always have the alternative apps. With them you can do the same: watch YouTube videos on your mobile, sometimes with some extra functions that are either not in the official application or are limited to subscribers of YouTube Premium.

They are in most cases unofficial YouTube apps, useful if you don’t like the YouTube application but you do want to continue accessing its content, as well as if you have a mobile phone without Google services, as it could be a Huawei with HMS or a ROM that does not include them. 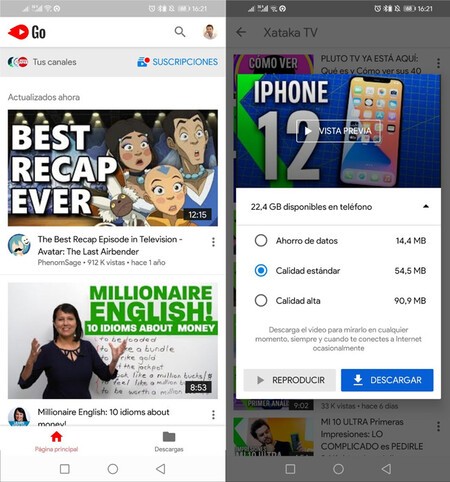 YouTube Go is an official YouTube app, though the light version. It is available on Google Play, although limited to some regions, although it can be downloaded and installed from your APK No problem.

With YouTube Go you can’t just do the same thing as with YouTube, but the basics are there: watch videos. The most characteristic feature of YouTube Go is that it allows you download videos to watch later, without the need for an Internet connection.

NewPipe is possibly the most famous unofficial YouTube client. It has the advantage that does not need Google services, or login of any kind, in addition to being quite similar to the experience of the official application.

NewPipe is updated frequently with news and it has basically everything you could ask for from a YouTube player: it’s lightweight, can play videos in background and floating screen And despite not requiring a login, it allows you to subscribe and create playlists.

If you want the YouTube app, but with a few modifications, that’s exactly YouTube Vanced. Its installation is somewhat more complicated than other alternatives, as you need download the installer and install Vanced MicroG, a miniclon of Google services.

YouTube Vanced differs from the official application in that it has an AMOLED dark mode, gesture controls, more customization options and a curious sponsored content blocking, with which you can skip the video intro to go to the content, similar to Market Intro de Netflix.

BGPlayer, formerly known as iTube, is one of the few YouTube alternative apps that has managed to survive on Google Play. This time, it is a music-focused YouTube player.

The main reason for being BG Player is that it allows you continue playing music in the background or a floating window, as well as creating “radio stations” based on music genres or songs. 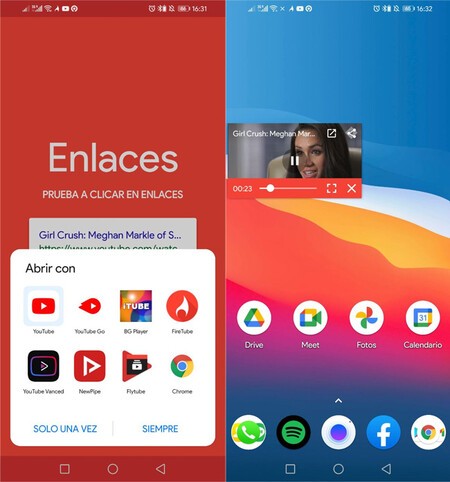 Best of all, said floating window continues playback while using other apps or even if you lock the mobile, although this also depends on the mobile’s energy saving policy and how restrictive it is.