Samsung is prone to perform specific modifications of your phones phones that allow them to fit into very specific sectors. Proof of this are the Active models, reinforced to be more resistant and usually compatible with very few operators. In fact, they are frequently held in the United States under the AT&T umbrella, without ever stepping on foreign soil.

Now, Koreans have modified their Samsung Galaxy S20, one of this season’s catalog leaders, to make it a Samsung Galaxy S20 Tactical Edition ideal, and apparently exclusive, for different government agencies in the United States. In principle, the Department of Defense is confirmed among them, although we do not know if it will also work far from the North American borders. 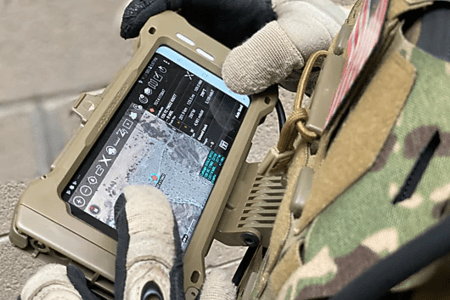 Glancing at the phone, we can see that it comes accompanied by a ultra-resistant case that makes us think that it is prepared for extreme tasks. And the manufacturer himself tells it, since he turns his S20 into an ideal phone for tactical operations on the ground, although the modifications are not only in terms of its external appearance. The software also arrives adapted.

In addition to all the functionality on board the S20, the new Tactical Edition model has a compatibility mode with the DualDAR architecture of the United States Army, adding two layers of encryption to the software itself to make it virtually inaccessible to third parties. A completely spy-proof phone, if it can really exist. 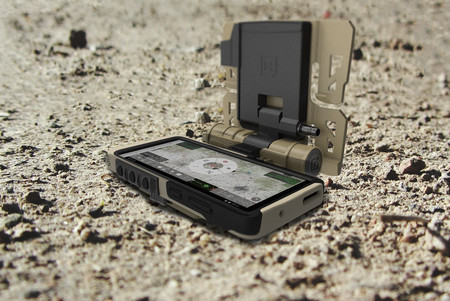 Along with that extra level of security added to the phone, the Galaxy S20 Tactical Edition features a unlocking mode in landscape position to be able to activate the phone carrying it attached to the belt or to any arm support device. It also has a system that Samsung calls “private SIM”, a new level of security to protect the device’s card from external computer attacks, and it is also compatible with the CRBS radio system, used in tactical and combat missions.

But the thing does not stop there since this Galaxy S20 Tactical Edition by Samsung includes a night vision mode and also what Samsung calls “Stealth Mode”, an original way to call the airplane mode of the phone, although it probably has more than one advanced feature that differentiates it from it. The Galaxy S20 modified to become the Tactical Edition is the version with the Snapdragon 865 and it has 12GB of RAM and 128GB of internal storage. The rest of the characteristics are identical to those of the normal Galaxy S20.