With the release of the new Google phones, a software feature has garnered great attention: the magic eraser. Integrated into Google Photos, the Pixel 6 can remove unwanted elements from any image automatically. And we have verified how it works: it often seems almost magic.

Few software features created by Google have aroused as much hype as the Magic Eraser, a tool built into Google Photos that offered as an exclusive benefit of the Google Pixel. And we have tested it: although its operation is not always accurate, the truth is that it can remove elements from images almost as if it were magic. That person who sneaks in at the least expected moment, a tree that spoils the panoramic view … The possibilities are endless.

From Google Photos and suitable for any image

In landscapes and with people he does a very good job

Google has created a tool on Artificial Intelligence and machine learning that it has been training for more than four years. And it was time to include it in one of their phones, there were the Pixel 6 to assume exclusivity. As we have been able to confirm in our own Google Pixel 6, magic eraser works great even though it’s obviously not perfect.

The magic eraser works with any image in the Google Photos gallery, is already taken with the Pixel 6 as with any other phone (even with imported photos). After activating it from the edit menu (within “Tools”), just draw a line around what you want to delete for the Google AI to analyze the image and delete the element trying to cover the gap inventing that portion of the scene that is empty. Depending on the light, the number of elements in the photo and whether or not it is taken outdoors, the results will be better or worse.

According to our tests, Google can remove some elements without leaving a trace or create veritable “globs” that will make the image unusable. As in any automatic editing tool, results depend on so many factors that it is impossible to control them. Even so, the magic eraser usually behaves well enough that the resulting image serves, at least, to be shared on social networks.

The best work is done outdoors and in scenes where landscapes, both natural and city, are dominant. It shows that AI training has been based on removing unwanted people, there the magic eraser usually does, never better said, magic. 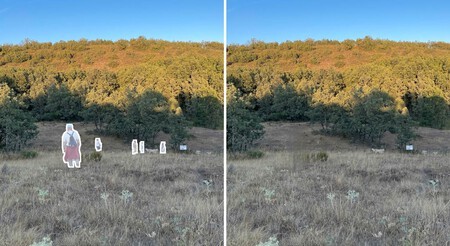 The magic eraser may suggest touch-ups. In landscapes and with good light it does a very good job

Outdoors, and in dimmer lighting, traces of the clone pad can become very noticeable. Even so, the operation is usually acceptable.

Manual deletion. The trace left by the tool is noticeable, especially by the stains caused by the clone pad

In scenes that are not landscapes, Google Photos has a much harder time filling the gaps: You notice the clone buffer patches and you often don’t know how to “invent” the vacuum. 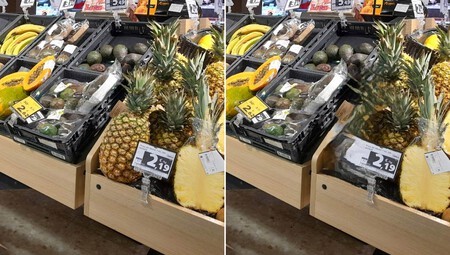 There is a lot of light, but also many elements that are difficult to identify. The result of erasing the pineapple is not too good

With less light, and in photographs where the backgrounds are flat (such as tables), the magic eraser becomes quite a mess. It tends to cover the gaps too freely; which ends up muddying the result. 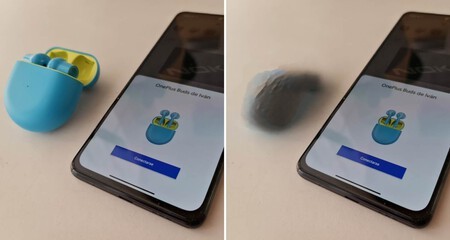 It didn’t seem that difficult to remove the OnePlus Buds from the photo. But…

After having tested with dozens of photos, the truth is that the results have seemed of great quality. It has flaws, as is obvious, also situations where it does not end up working too well. Still, the perfect Pixel 6 eraser tends to go very well for photos that most commonly require an erasure process: the unwanted people in the picture. That’s where Google usually embroiders it.