There is little time to definitely know what the Samsung Galaxy Note 20 will be like since the company presents them in the summer. Given its proximity, the first rumors begin to emerge insistent, also the first images: some have been revealed renders with the definitive aspect of the mobile. It would have the rectangular camera module of the Samsung Galaxy S20 and the S Pen inserted on the left side of the phone.

The first half of the year is about to be left behind, along with all the launches that the brands have prepared to kick-start 2021. And, as the phone market cannot stop at any time, the new mobiles are already prepared for the second half of the year. As usual, one of the first to come out will be the Samsung Galaxy Note on duty, in this case the Note 20. We know that it could be launched in August, which most likely is that there is no face-to-face event And now we know the design of the Samsung Galaxy Note 20 in detail. 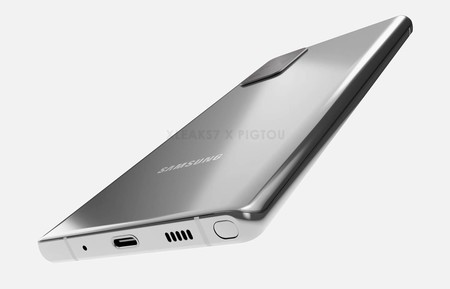 The renders have been exclusively filtered by the Pigtou media, a page that has revealed the detailed design of the Samsung Galaxy Note 20, which is expected to be the base model of the range (most likely there is some Note 20+ or ​​similar) . The phone would maintain the hallmarks of the Note family, such as the characteristic S Pen. What would surprise you is the place where the pencil is anchored: the left side of the phone. It is curious since Samsung has been inserting the S Pen to the right from the first Galaxy Note; although it could return to the usual area since the renders not yet show the final design.

Curiosities of the S Pen aside, the renders show a design of screen with hardly any curves and almost covering the entire front except for the top center hole for the front camera (it would have an AMOLED Infinity-O panel). Aluminum body, volume and power buttons on the right side (without Bixby button), SIM tray on the top edge and USB C, along with the speaker, on the bottom edge. 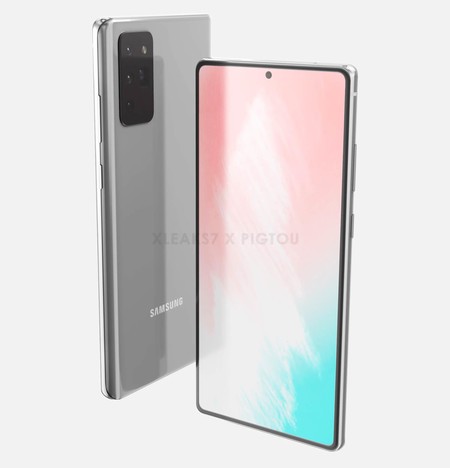 The screen is not very curved, at least in appearance, but its rear face is. And right on this side you can see the rectangular lens module, a design that the Samsung Galaxy Note 20 inherits from the Galaxy S20. Pigtou represents a quad camera with one of the objectives that appears to be rectangular, which would indicate that the Samsung Galaxy Note 20 would also have a set of mobile lenses to adjust the zoom telescopically, just like the Samsung Galaxy S20 Ultra. Pigtou declares that Samsung hasn’t made all the camera decisions yet, so these could vary in the final design. 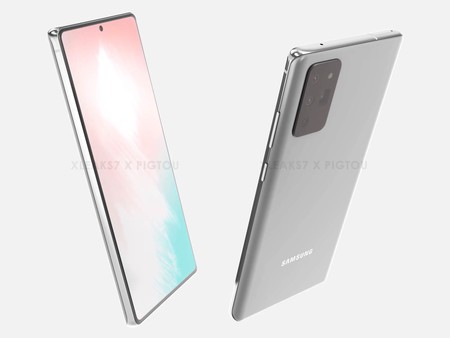 Finally, the media that has leaked the exclusive indicates that the future Samsung Galaxy Note 20 would have 6.7-inch screen and its dimensions would be 161.8 x 75.3 x 8.5 mm. Like all rumors, we cannot assure that the dumped data is true: we will have to wait for the next Samsung Unpacked, surely in August.