Tricky Line: a drawing and puzzle game that is sweeping Google Play

Tricky Line is one of the games that is sweeping the Google Play Store the most. Accumulate more than a million downloads, it has a score of 4.5 stars out of 5 and weighs only 56 megabytes, so any mobile with Android 4.4 or higher can move it without any problem.

We are going to tell you how to play and what are the keys to its success. We are already spoiling you that, once you start playing, it will cost you a lot to close the game.

Everything is as simple as drawing lines

Tricky Line is a fairly simple game: we are presented with scenes and drawings that we must complete by drawing lines. It is a proposal that is progressively advancing, so the first levels will be easy, as a tutorial, to advance in difficulty little by little.

The game consists of dozens of levels. The further we advance, the more difficult the situations that we will have to solve based on drawings will be.

The game is not too complicated, we will have to think about what we want to draw, but just draw its basic lines. That is to say, it is not necessary that we be too skillful when drawing to be considered valid. 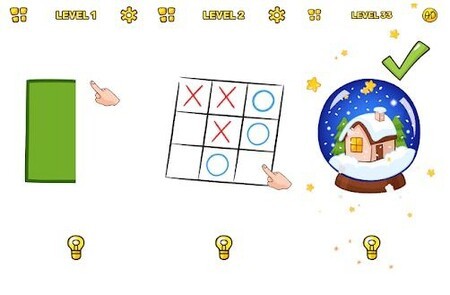 As we move forward it becomes more difficult, and we have to admit that it is quite addictive for its simplicity and for breaking our heads on some levels. However, it is an affordable difficulty, so we can enjoy it both the oldest and the smallest of the house.

It is a completely free proposal, but it has some ads that jump when we pass some levels. However, they are not excessively annoying or appear very frequently, so we can enjoy the game without minor problem. Tricky Line: a drawing and puzzle game that is sweeping Google Play