In the latest update WhatsApp Beta the popular messaging application launches an important novelty that is at the moment of report a contact or group, with an important change in the behavior of this feature.

Until now, WhatsApp could only take into account the number of reports a user received suspend account, no possibility of being able to read the messages but this is already changing.

New when reporting on WhatsApp 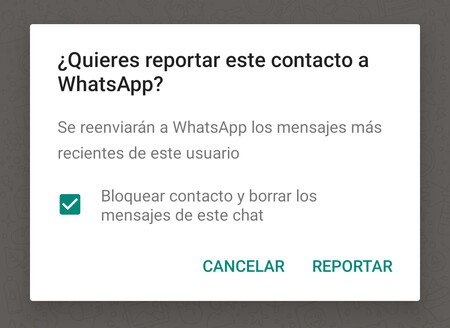 With WhatsApp Messenger 2.20.206.3 beta the company has activated a new feature that will forward the most recent messages when reporting a user, and there is no way to disable that new behavior.

After reporting, WhatsApp you will receive a copy of the last messages received by said user. Thus, the company can assess by reading the content of the conversation if it suspends the account or not if it detects that this content evidence of crime.

This novelty appears after updating to the latest WhatsApp Beta update, it does not have to be activated from the servers. It is activated after updating. If the company doesn’t back down, this new feature would reach the world in the coming weeks.