Magic fans have a new official app with which to organize tournaments from their mobile: Magic: The Gathering Companion. With it you can create competitions of up to 16 participants, making all processes as easy as possible, from matching matches to counting lives.

Magic: The Gathering tournaments can go on for hours, those who face deck in hand with other fans of this collectible card game that has been giving war, and never better said, since 1983. Organized in single player battles. against another player, to organize tournaments it is essential to maintain certain rules, also an order. For this, pencil and paper are usually enough, but there is no doubt that an application helps facilitate the process. And we already have it available.

A great tool for organizing tournaments 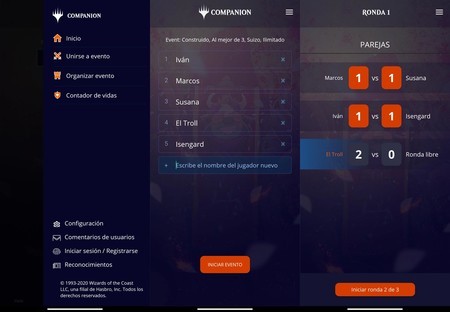 The app we are talking about is official and has been in mobile stores for a week. The company behind the collectible card game, Wizards of the Coast, has been testing it since August 2019 to get an app perfectly adapted to the requirements of competitions. And they have succeeded; even though an excessive deployment of options was not needed either.

Magic: The Gathering Companion is, as its name says, an app that acts as a ‘companion’ to the card game. With the app itself cannot be played, collect cards, or keep an inventory of decks– Serves exclusively as support in Magic tournaments. It allows you to create competitions of up to 16 players, you can save those tournaments to recover at any time (very useful when they lengthen), the application facilitates the creation of matches, allows you to keep different scores, you can monitor the lives of the contestants and various other functions that facilitate the development of the games. 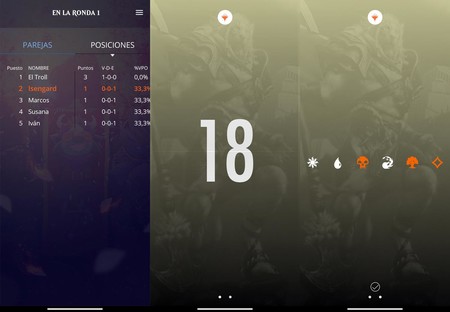 Not that Magic: The Gathering Companion is a must-have app for fans of this card game, but it does enhance the experience while prevents loss of vital tournament data. It can be used as a guest and also using a Wizards of the Coast account. It is free, has no ads and does not have in-app purchases. The official Magic: The Gathering app is now available for download: it makes it easier to organize tournaments