Android 12 has been official since last year, but it is possible that the update has not yet reached your mobile or that it is not directly planned. If you like news of Android 12 and you want to have them on your mobile, some of them you can get by installing the appropriate applications.

Here you will find ten What’s new in Android 12 that you can get in an earlier version through applications, to a lesser or greater extent. In some cases they are almost exact clones: in others, with similar functionality. 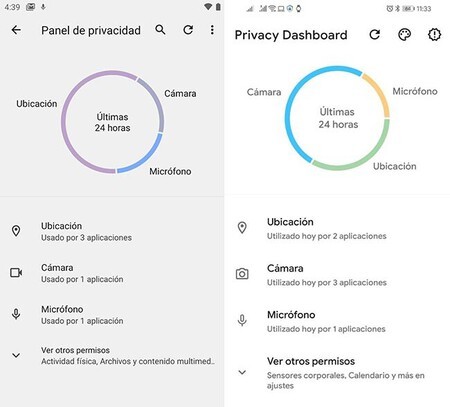 The Android 12 privacy panel (left) and the app’s (right)

One of the novelties of Android 12 is the Privacy Panel, an exclusive section in the mobile settings where it is shown which apps have accessed the camera, microphone and location, among other data.

If you would like to have this on your mobile, the free Privacy Dashboard app it’s practically a clone with the same functionality. In addition to showing you usage statistics for these special permissions, it can also show you indicators overlaid on the screen when an app accesses your microphone, camera, or location. 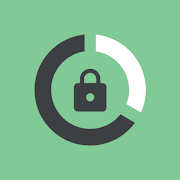 The microphone and camera usage indicators

One of the novelties of Android 12 are the privacy indicators that show visually every time an app accesses the camera, microphone or location. The best copy of what they look like in Android 12 is in the previous app, Privacy Dashboard, but if all you want are the gauges, you can opt for Access Dots, which is easier.

Access Dots was released before Android 12, so its privacy indicators are more in the style of those released in iOS 14, plus discreet and colorful. It is a free app although to unlock all the functions you will need to pay. 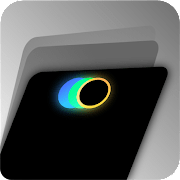 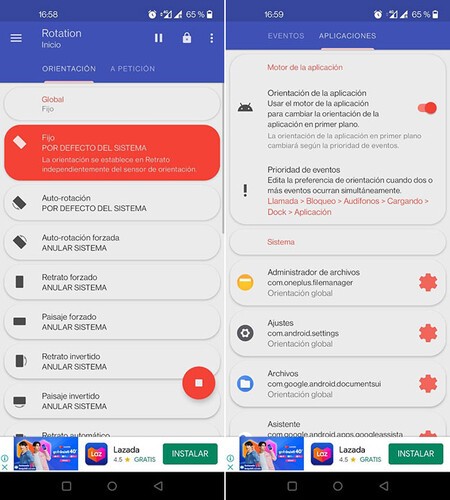 In the Google Pixel with Android 12 the screen rotation can be smarter, using the front camera to rotate the screen -or not- according to the orientation of the face of who is using the mobile. You won’t achieve the exact same thing with apps, but you can precisely control when it rotates or not.

Rotation is the ultimate screen rotation app. It’s not very user-friendly, but it allows you to precisely control the conditions under which the screen rotates, which apps you want to use with which rotation and countless other options. 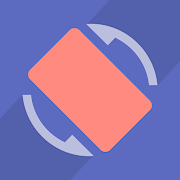 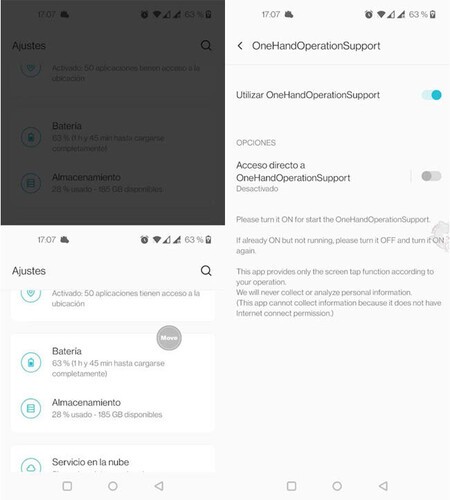 Android finally has an official one-hand mode, which “pull down” the top half of the screen so you can easily access it without having to readjust your phone or use your other hand. If you want something similar and your mobile doesn’t have it, the closest thing you’ll find is One Hand Operation Support.

One Hand Operation Support uses an ingenious system to offer similar functionality using a floating cat-shaped button. It is not as comfortable as the native method, but considering that it is a third-party application, it is the best you will find if you do not prefer other solutions such as virtual cursors. 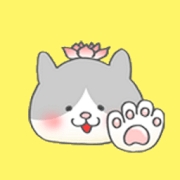 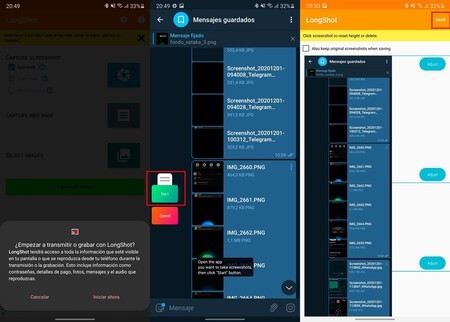 Scrolling captures officially arrived on Android with a long delay in Android 12, so if your mobile does not use pure Android, but a layer, it is quite possible that it can already do scrolling capture natively.

If not, you can always rely on scrolling capture apps like LongShot. The app basically records a video while scrolling and then brings it all together in a single image. Sometimes there are small visual errors, but the overall result is more than acceptable. 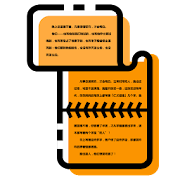 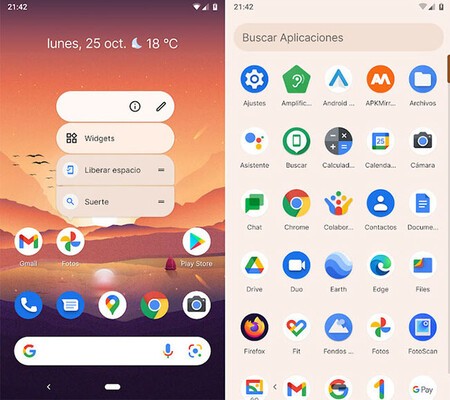 Material You is one of the stars of Android 12: the method by which the interface of the applications and the system change according to the colors of the wallpaper that you use at the time. Several developers have managed to create similar versions that work in versions older versions of Android, such as the Lawnchair launcher.

The Alpha version of Lawnchair Launcher you can modify its colors according to the wallpaper and, otherwise, it is also a launcher very similar to the one that comes from stock with Android 12. The only “downside” is that the colors will not reach the entire system, but will remain in the launcher. 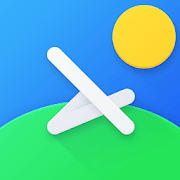 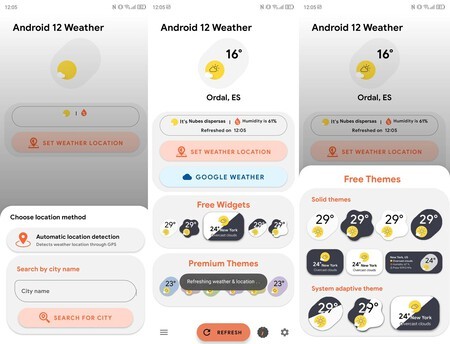 With Android 12, a renewal of widgets has arrived and the good news is that most of the new widgets in Google apps are available for older versions. That is, you do not need Android 12 to use the new Google Maps, Clock, Drive, Keep and company widgets.

The only widget you will be missing in previous versions is the one of the time, which you can get with the 12 Weather Widgets Android app. They are a carbon copy of the Android 12 weather widgets in their different forms and with several colors to choose from (although to change the color you will need to pay). 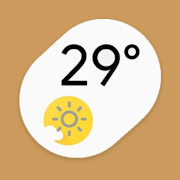 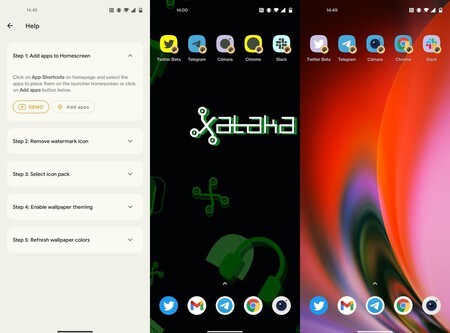 Material You’s color changes also affect application icons, something that you can also have to a certain extent in previous versions through applications. One way is to install one of the hundreds of Android 12-inspired icon packs on Google Play. The second is with the Themed Icons app.

Having the icons with colors will require some patience, yes, because it is a somewhat tedious process. The application creates the icons for you, which you must then place in your launcher. From that moment on, will fit the wallpaper that you are using. 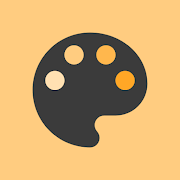 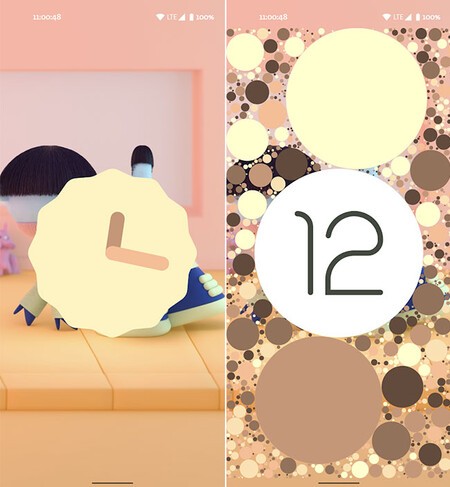 Each version of Android has its own easter egg, and the one in Android 12 is quite simple: a clock that changes color and displays colored bubbles according to the system colors. If for any reason you want have android 12 easter egg in older versions, you can.

To do this you must install Easter Egg (Android 12) and open it. Is an identical clone to the Android 12 easter egg, which also includes the color palette widget. Of course, the colors used are based on those of the mobile wallpaper. 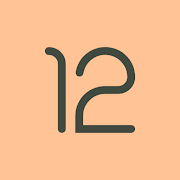 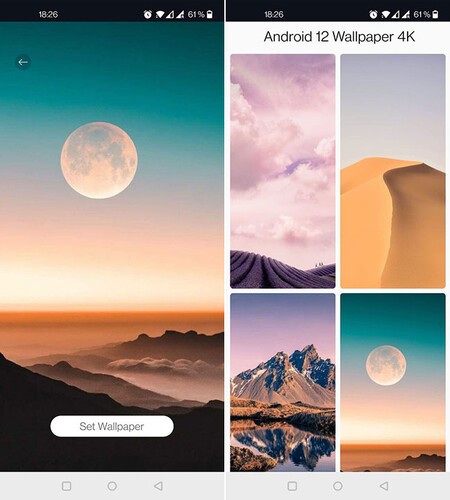 If all you want is the android wallpapers 12 -or rather, the Google Pixel with Android 12- you have several ways to get them. The Google wallpapers application can be installed on almost any mobile, although it does not include the latest ones. You will find the backgrounds, for example, in our compilation of the best wallpapers.

Similarly, you have easy access to many of these funds from the Android 12 Wallpaper app. The app is very simple and, although it does not include all types of backgrounds (it is mainly landscapes), setting one of the backgrounds is as easy as pressing a button. 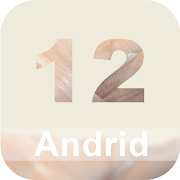