Google had warned that it would start placing featured elements on the cover of Android TV devices, and that change has begun to spread: a initial row of recommendations on cover page that cannot be uninstalled.

With Android TV, it is very easy to access a multitude of multimedia content on television, also from players compatible with this excellent operating system. Google has adapted Android very well from mobile to TV, offers a clean experience with little custom by manufacturers. However, the company decided to change the Android TV interface by introducing a row of recommended content that not all users like. This row has started to unfold, so don’t be scared if you turn on the TV and see the ads on the front page.

Selected content of apps that may or may not be installed 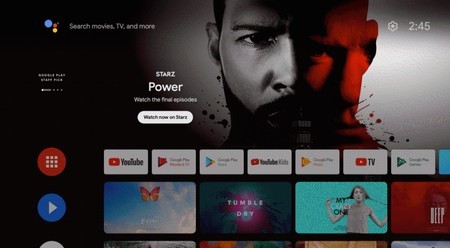 Ads on the cover of Android TV. Image from 9to5Google

The new Android TV ads look a lot like the ‘Featured on Google Play’ channel, a row of recommended apps to install that could also be considered an ad. Now, that row of channels can be taken from the ‘Home’ of Android TV, an option that the new ads do not share: content ‘selected by the Google team’ is made up of an image carousel that cannot be removed. This carousel is large, occupies the first position of the grid and has the automatic transition activated. And, if you navigate through this carousel, the video of the content in question will be played. Just like a Netflix preview.


Android TV has begun to display the recommended header, as has been captured by media such as 9to5Google. In our Android TV it still does not appear, although it is only a matter of time: the deployment has begun in the United States.

The arrival of the announcements comes with the update of two key Android TV apps: Android TV Home and Android TV Core Services. Once installed, the official system launcher will show the aforementioned layer of recommendations in the event that it is already operational to locate the device. According to the tests carried out, the ads are only active in the United States. And its disappearance can be forced by performing the following process: 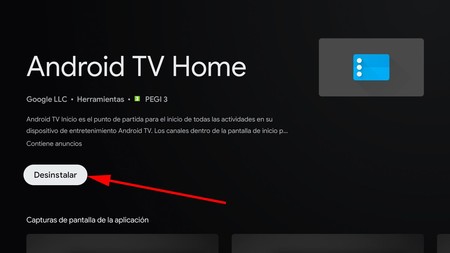 With the previous ‘trick’ you will delay the appearance of the ads, although not forever: since ‘Android TV Home’ is an essential system application, Google Play services will update it sooner or later. Unless Google decides to remove it, something quite unlikely, the cover of content selected by the team is here to stay.

Android TV starts showing ads on the home screen, so you can remove them (for now)