Since the US blockade of Huawei began, the company cannot include software from the American country, including Google services, in its new devices. To replace them, the company has been working on its own alternative for some time, Huawei Mobile Services, which has already reached version 5.0 in its country of origin.

HMS Core 5.0 is currently coming to Chinese users as an update through the App Gallery, and will presumably do so later for other users. This is an update with improvements in various services for replace GMS functions (Google Mobile Services) that were not yet available on HMS (Huawei Mobile Servidces). 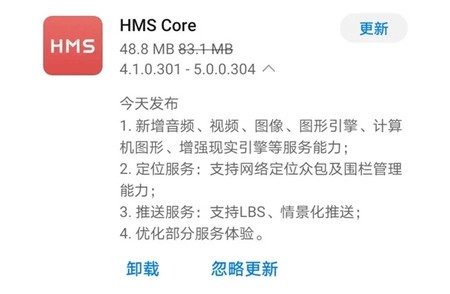 Huawei has not yet updated the official HMS documentation with the complete change list, so we are relegated to the change list that accompanies the update on the Huawei App Gallery. These are the main news of Huawei Mobile Services 5.0:

Just as Google uses the massive collaboration of Android users to improve your location services, Huawei will do the same as of HMS 5.0 although, of course, only Huawei terminals with HMS are included in this case. There is also support for location fences: a function that allows an application to do an action when it detects that the user “enters” a predefined location. This possibility has been on Google Maps for a long time, and now comes to HMS.

HMS Core 5.0 arrives China users first and, presumably, the rest of the global Huawei mobiles will be updated later. The update will come through the Huawei App Gallery, although the system will generally take care of installing it automatically.

Huawei releases HMS Core 5.0: these are its news