A new Huawei phone has appeared in China with a change of strategy within the brand: The Huawei Maimang 9 is official with a MediaTek Dimension 800 processor. Model that would have to open the door to a possible Huawei Mate 40 Lite, the Maimang 9 maintains 5G connectivity as a hook without underestimating the balance in hardware.

Huawei has not stopped launching smartphones even though many have not arrived in Europe. There are even typical product lines of the Chinese country, such as the Maimang. Traditionally they are the prelude to the ‘Lite’ version of each Huawei MateSo they tend to catch our attention when the manufacturer reveals a new model in their country. And we already have the 2020 version: the Huawei MaiMang 9 is official.

Huawei bets on the MediaTek Dimensity 800 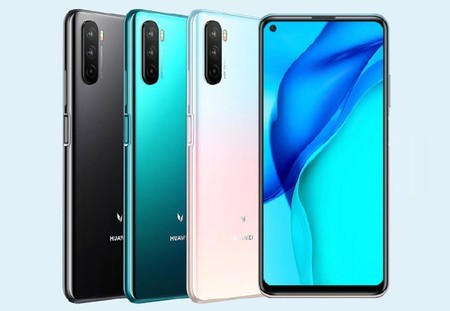 The usual strategy so far was to include their own processors in the phones, the Kirin. It is not that Huawei only uses its own SoCs, but it is very rare that you choose MediaTek for a representative mobile from your catalog. And it has happened: the Huawei Maimang 9 relies on the MediaTek Dimensity 800 to power the phone and, incidentally, introduce compatibility with 5G.

Aside from the choice of MediaTek, surely due to the inability to use the Kirin due to the American veto over TSMC, the Huawei Maimang 9 maintains the type decently on paper offering enough power and performance, also plenty of RAM and storage: from 6 GB of memory and with 128 GB of space. Without losing the expansion by card, even if it is owned by Huawei.

The screen of the Huawei Maimang 9 amounts to 6.4 inches, keeping a hole in the upper part for the 16-megapixel front camera. With a attractive design that follows the trend without being original, the mobile keeps the rear photographic set vertically while offering triple camera: a 64-megapixel main sensor, a 8 megapixel wide angle and the usual depth sensor.

The 4,300 mAh battery should throw a decent autonomy in the device. In addition, Huawei provides its Maimang 9 with fast charge at 22.5 W. Enough, according to the brand, to fill half the battery in half an hour.

The Huawei Maimang 9 starts with Android 10 as standard and EMUI 10.1 as the manufacturer layer. In China, the company does not use Google apps and services, so at the moment they are not essential. To internationalize, the phone would come without them (and with another name).

The phone has been presented everything today in China and will stay there, at least as long as Huawei does not internationalize it (the most logical would be that the Maimang 9 was the Huawei Mate 40 Lite, but we will have to wait to find out). The mobile will start selling in China from July 27 at the following prices: