We always say that updates are the weak point of most Android devices, although there are always some that stand out precisely the opposite: Nvidia has just updated its original Shield TV, a device with Android TV that already accumulates a whopping 25 updates. And, incidentally, Nvidia has also updated the rest of its Shield TV.

Choosing an Android TV when that operating system is not available on TV is not difficult, because there are multimedia players like the Nvidia Shield TV. These devices they are very versatile, powerful and include a huge number of apps and games at your fingertips. And not only that, Nvidia keeps them up to date with successive updates to improve the system and include new functions, such as the ‘Shield Experience Upgrade 8.2’ recently released.

Notable improvements in 4K upscaling for the latest Shield TV 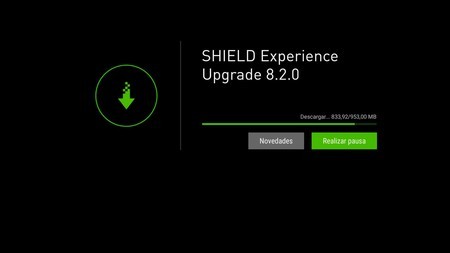 Downloading the update on a 2017 Nvidia Shield TV

The update is now available for all Nvidia Shield TV models, be it the original from 2015, the Android TV from 2017 and the last two models, the Nvidia Shield TV from 2019 (‘normal’ and Pro). It’s the 25th update to the Shield TV family, it weighs more than 900 MB and includes a large number of improvements that are directed especially to the new models.


The update is the ‘Shield Experience Upgrade 8.2‘and is now available for download. It offers the following news: 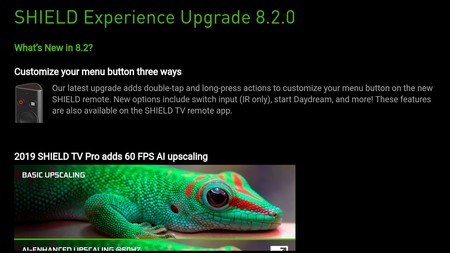 Aside from the added improvements Nvidia also incorporates bug fixes and stability improvements. This update is already available: just accept it from the front page of the interface or enter the update options, within the system settings.

Having 5 years of updates on Android is possible: Nvidia updates the Shield TV of 2015