OnePlus began its journey in the market in 2014 with the OnePlus One, despite the fact that the company had been founded a year earlier. The model surprised therefore, although it did not reach the most powerful on the market in some aspects, offered value for money within the reach of very few, and although its sales model (by invitation) did not allow a rapid expansion of the brand, the line was known worldwide.

With the passage of time, OnePlus has been slightly changing its pricing policy, a path that led them to OnePlus 8 and OnePlus 8 Pro quite far from that initial line that gave them much of their fame. But it seems that all that will change. Not because OnePlus is going to downgrade its high-end models now or in the future, but because we will see cheap OnePlus again.

More products for the European catalog 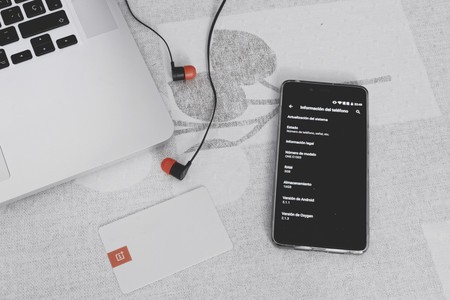 OnePlus has already tried its luck lowering specifications and prices of its models to offer cheaper terminals. He did it with the OnePlus X that finally had no successors. Instead, the Chinese manufacturer chose to start releasing models every six months instead of waiting a full year between generations. Hence the T models were born, with the OnePlus 7T and 7T Pro being the last to be received.

The intention of OnePlus with this return to the economic models does not have to do with the fact that the prices of its highest lines will be lowered, but rather that The aim is to expand the catalog of the brand’s products. And among these future products, in addition to all kinds of accessories, cheaper phone models will also appear.

Some time ago rumors arose about a new device from the eastern firm, the OnePlus Z, which looked like it would become that spiritual successor to the OnePlus X that did not come at the time. Although the rumors around the phone were put out, they were put out soon, but Lau could be referring to the existence of this OnePlus Z being real.

“OnePlus is not going to unveil any of the products yet, but the new strategy will soon be glimpsed with an announcement for India. Later this year, the company hopes to bring lower-priced devices to other markets, including North America and Europe.”

Thus, it only remains to wait for the company to speak out. As Lau has indicated, the products will start to be put into circulation from India but will come to Europe later. We will be attentive to any announcement of the company in this regard. It will be interesting to see how the market behaves against a line of cheaper OnePlus phones now that many brands, including OnePlus itself, are constantly raising the price of their most powerful models.

Pete Lau confirms that we will have cheap OnePlus again