Samsung’s health application is preparing to start the year by pushing one of the most common purposes: exercise. And what better way to stimulate it than by competing with friends? Well, the application prepares to fill one of the missing gaps: challenge up to nine people in group competitions.

Among all the applications to record the exercise that exist there is a type of apps that usually offer a large number of functions without using ads and subscriptions: brand applications. For example, Google Fit is a great option, also Xiaomi Mi Fit or Huawei Salud. And Samsung Health is one of the pillars of the sports experience on Samsung devices that can also be installed on other mobiles. This ubiquity favors the new option that arrives this January: Samsung finally integrates the competitions with several friends.

Competitions in groups of up to ten friends 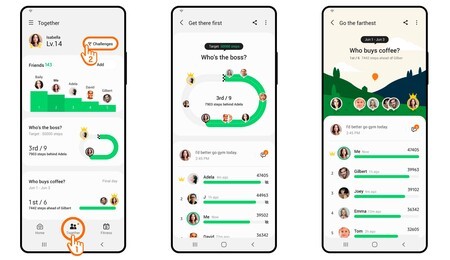 Until now we could compete with a multitude of people through the challenges of Samsung Health, we also had the option to perform one-on-one challenges in order to directly challenge a friend. This last mode greatly stimulates sports practice since it is enough to see how the other is doing better so that you want to sweat your shirt and get ahead. So imagine if you could compete against eight more friends.

Group competitions with several friends were absent from Samsung Health despite the fact that apps like Fitbit have been offering this type of group challenge for some time. Samsung has decided to amend the fault, as specified by the company. Although yes, not available yet– The next Samsung Health update, due out on January 12, will introduce the announced group mode.

The new feature will be found in the ‘Challenges’ tab, under the ‘Challenges’ option. Apart from the global challenges and the ‘1: 1 Challenge’, which are currently available, Samsung Health will allow to include groups with up to ten friends to see who gets the most exercise. The app will include different graphs, podiums and statistics; allowing you to participate in different groups with the intention of further promoting exercise. Competitions in the family, in the work group, in that of friends… Everything to start 2021 in the healthiest way possible.

As we said, the group competitions of up to ten participants They will not arrive until January 12: it will take a few days to create the group challenges. These competitions will be included in the app at no cost to users from Samsung Health. 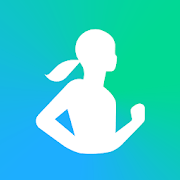