Samsung has confirmed what the debit card associated with its payment service will be called: Samsung Money. No monthly fees, no commission at ATMs and with a waiting list already open for first requests. At the moment in the United States.

Mobile payments are not only made using the NFC of the phones, there are also companies that want offer a physical alternative to purely mobile payment. This is the case of Apple and its Card, for example; something that inspired Huawei or Samsung, which already has everything ready to offer its Pay-compatible card. It will start in the United States and will be called Samsung Money. 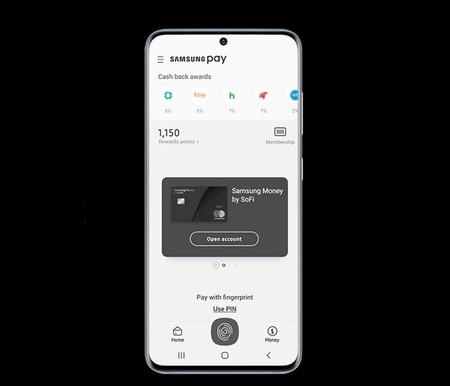 After the first announcement of the company that confirmed some of the features, Samsung has opened the pre-registration process offering much of the details that the payment service will entail. Created in collaboration with SoFi, an independent financial management company, and with MasterCard as the entity behind the card, Samsung Money seeks the combination of the digital and physical world so that its users can buy in any store with payments linked to their Samsung Pay account.

The future card will begin its journey in summer, at the moment in the United States. It will be debit, will have no maintenance fees and no fees for use at ATMs. In addition, Samsung Pay (Rewards) points can be used as real money as long as there is a minimum balance of 1,000 points. And those who sign up to the waiting list will participate in the draw of $ 1,000 in ‘Rewards’; which can be exchanged for Samsung products.

With the use of Samsung Money the user receives a physical MasterCard debit card and also the same card in its virtual format and compatible with Samsung Pay. This card can be added to a Samsung mobile phone compatible with the payment service to be used in combination with the NFC; with the option of use the physical card in those businesses that do not have a compatible dataphone with mobile payments or, simply, for those occasions when you do not carry your smartphone with you. All transactions are secured by Samsung Knox.

Samsung Money will currently be available only in the United States. It is likely that the company will extend the card in territories such as Spain, but we still do not have confirmation.

Samsung Money, the debit card associated with Samsung Pay that will compete with the Apple Card