Last year, Motorola launched the sixth generation of its Moto E family, the most economical and basic of its catalog. Within it, we met a total of four models: the Moto E6, the Moto E6 Plus, the Moto E6 Play and, finally, the Moto E6s, all of them with features typical of the entry range.

Last May, its supposed successor, the Moto E7, appeared on the Google Play console and on the list of recommended Android Enterprise mobiles. And a few weeks later, Motorola launched in the United States a new Moto E “just plain” with the same specifications. Now, some real photos that, in theory, belong to that Moto E7 that will reach the international market and, indeed, they advance some characteristics equal to those of that American Moto E.

With fingerprint reader and 2 GB of RAM 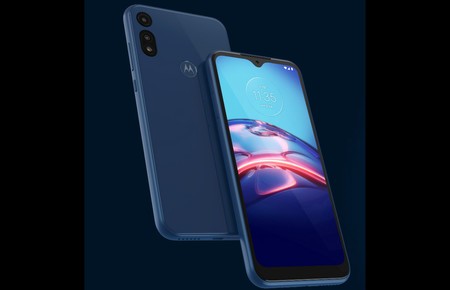 The images published by 91mobiles show us a phone in two different colors with an identical appearance to the Moto E that launched the brand in June in the United States, including the drop notch display and the double rear camera accompanied by the fingerprint reader on the back.

You can also see its code name, “ginna”, as well as some of the specifications that had been previously leaked: the Snapdragon 632 chipset, 2 GB of RAM, 32 GB of internal storage and the Android 10 operating system. All these characteristics also coincide with that Moto E already presented by Motorola, so everything indicates that it will be the same terminal renamed as Moto E7 for the international market. .

If so, it will have a 6.2-inch HD + screen, a 3,550 mAh battery with 5W charge, a 5-megapixel front camera and a rear camera composed of a 13 megapixel main sensor and a 2 megapixel sensor for depth reading.

The Moto E7 is filtered in some photos that advance its double camera and the Snadpragon 632, among other features