Samsung is already preparing a renewal for its high-end tablets, and both the iteration of its line and previous leaks have let us see what they will be called: Samsung Galaxy Tab S7 and Samsung Galaxy Tab S7 +. Two new tablets that should come with the full specifications, and that shows a leak that shows us the brain of the older one: the new Snapdragon 865+.

The latest Qualcomm processor has appeared in the exclusive that SamMobile presents today, along with many more specifications. Only the brain is already a sign that Samsung seems to be going for all with its new tablet, at least with the superior one. But there is more, like the 5G that is already intuited by the chosen chip, in what has been unveiled today.

This would be the Samsung Galaxy Tab S7 + 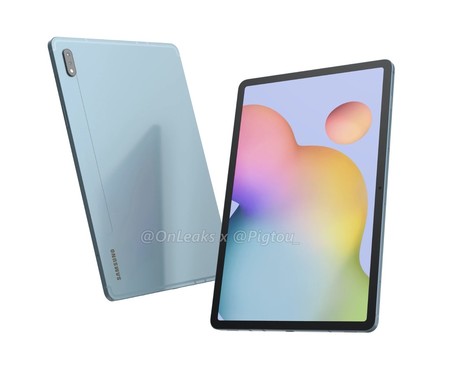 Apparently, the two new Samsung tablets would be presented on August 5, by the hand of the new Samsung Galaxy Note 20 that correspond to this season and that have also been leaking for some time. Then we will know everything about everyone, although we can already draw a more or less complete skeleton of the Samsung Galaxy Tab S7 + starting with the Snapdragon 865+ that we have discussed before.

The brain would be supported by two versions of RAM and internal storage that, we suppose, would lead to two models for sale. We would have a basic one with 6GB and 128GB, and a superior one with 8GB and 256GB. The presence of the microSD seems to be assured, although the leaked information does not make this point clear.

For the screen, Samsung would opt for a large Super AMOLED panel of 12.4 inches with 2,800 x 1,752 QHD + resolution pixels, which should leave us around 270 pixels per inch, a screen with a greater diagonal than the 11-inch screen of the Galaxy Tab S7, without the surname Plus. Of course, full compatibility with the manufacturer’s S Pen is expected, something that is taken for granted already in the brand’s high-end tablets.

Coming to the cameras section, the SamMobile leak indicates that we will have 13 and 5 megapixels on the back, supposedly being the second lens for depth readings, and that we would have 8 megapixels on the front. The phone would arrive with 5G SA and NSA, in addition to WiFi 6, Bluetooth 5.1 and USB Type-C port for charging. We do not know if we will have NFC at the moment, we will have to wait until August 5.

As for the battery, the leak shows us 10,090 mAh internal battery and non-removable without information about fast charging, so we will also have to wait. The Samsung Galaxy Tab S7 + must come with Android 10 under OneUI 2.5. As we have said, it is assumed that the two new tablets will be presented on August 5, although we will be attentive to any information that arises in this regard.